Using studded tires in the winter and all-season tires the rest of the year
June 15, 2021 by admin 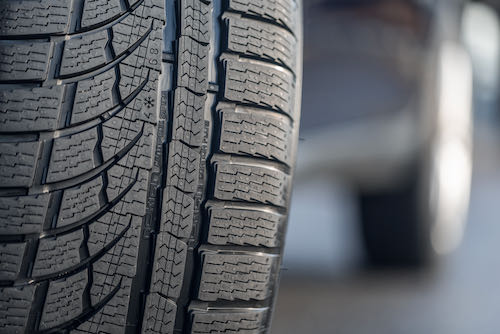 If living in an area of the United States where studded tires are allowed, and the region has severe winter weather with lots of hard-packed snow and ice, then studded tires are the preferred choice of winter tires. They can give you the combined advantage of winter rubber compound with the addition of studs to help provide an additional grip, especially on ice. This will help when you accelerate, brake, or turn on the ice. Areas that require chains like mountain passes are areas where the studs will come in handy, and let’s face it. The studs perform a lot better than chains. In addition, in areas with often rapidly changing weather conditions, studded tires are a real advantage. Areas where the mountains shade the road, where the sun doesn’t reach the ground, are areas that often experience ice and hardpacked snow. In these areas, studded tires are a great asset.

However, the main disadvantage of studded tires is their regulated use and needing to respect the dates when they are allowed. In general, winter tires should be used when the temperature drops below 45 degrees Fahrenheit; however, equally important is to take them off after the winter season. Winter tires are not meant to be used in warmer weather as the softer rubber compound heats up and cannot grip the road properly, making for a longer braking distance. The longer the braking distance is the more likely you are to end up in an accident.

If the area which you live has severe winter weather with lots of hard-packed snow and ice, where studded tires are allowed, then studded tires can be a real advantage. They offer the best grip and traction of any winter tire. If living in an area like this, you might want to consider investing in a second set of wheels to make the change over more convenient.